Broadcast Center focuses on methods and techniques for reporting, producing and delivering news, sports, entertainment, information and programs via radio and television.

Regular hands-on air shifts allow students to perfect what they’ve learned and to put it into practice while operating an audio control board and other studio equipment.

In the production phase of the course, students develop the skills needed to create, produce and edit commercials; radio news; music programs; talk shows and other recorded material.

The marketing portion of the course deals with selling radio advertising, understanding ratings and providing insight into the operation of a station from a business perspective.

Training in the Television program focuses on techniques and procedures for those interested in working behind the scenes in the industry or for those who want to create better youtube content or other forms of electronic media. The course includes working with broadcast equipment, cameras, lighting and audio; technical skills of recording, editing, and mixing music beds, voice tracks and sound effects; computer graphics, chroma key, reading scopes and more.

Students are required to conceptualize, script, produce, shoot and edit their own projects.

Sportscasting Play-by-Play provides training in key aspects of sports broadcasting and focuses on the fundamental structure of play-by-play delivery. The course includes extensive training in writing and delivery of sports, interviewing skills, research and preparation.

Broadcast Promotions includes training in the area of broadcast promotions including concerts, parties, remotes and client-sponsored events, as well as station imaging and advertising.

Television Anchoring and Field Reporting focuses on presentation of news, sports and entertainment in a field reporter position or an anchoring position in front of the camera and includes working with a teleprompter.

Broadcast Center only accepts those into the program who can demonstrate the attitude, aptitude, and potential necessary for success in the broadcasting industry. Broadcast Center reserves the right to deny admission to any applicant and to change entrance requirements without notice. It is an explicit expectation of Broadcast Center that all prospective students complete and submit all admissions paperwork carefully, accurately and truthfully to the best of their knowledge.

To Qualify for Acceptance

All applicants must meet the following criteria:

– Schedule a time to meet with a rep to discuss the school, programs and benefits. Afterwards, if the prospective student wishes to continue the qualification process, they will then move on to the next step.

– Be 18 years of age or beyond the age of compulsory attendance. For students who finished home schooling at a younger age, BC considers them to be beyond the age of compulsory attendance if the state in which the institution is/was located did not require them to further attend secondary school or continue to be home schooled.

– If accepted, student will complete and submit an application for admission.

– Acknowledge that the presence of any adverse background activity or positive drug screen may prohibit their participation in internships, career services activities, license and certification eligibility and/or any other program-specific activities BC may require.

– Self certify the attainment of a High School Diploma, completion of a home schooling program or a General Education Development (GED) certificate or equivalent.

Broadcast Center has a rich history providing training for broadcast journalism positions since 1972.

Broadcast Center’s founder said that in all of his years in broadcasting, he met more people who entered the industry in spite of their education than because of it. That observation prompted him to develop a broadcasting college, which provided an honest, practical, and usable education that could be applied to the realities of the broadcast industry.

From that philosophy grew Broadcast Center, a school built on merit and judged by the quality and success of its graduates. 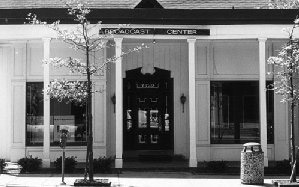 In 1972, Broadcast Center opened in the St. Louis suburb of Clayton, Missouri, with only a handful of students and staff members.

By 1976, the school had outgrown its original space. In order to accommodate more students, staff, and equipment, the Center moved to a much larger building in Clayton. Located only a few blocks from several radio stations, Broadcast Center became central gathering point for many of the greatest broadcasters in St. Louis. 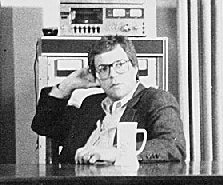 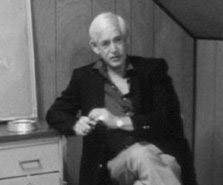 The Center’s future rests upon a record of training and career services, where enrolled students are educated by professional broadcasters for a growing industry, constantly in search of talent to fill job opportunities.

The Career Services office at Broadcast Center is dedicated to assisting graduates in securing entry level positions.  Although we can never legally guarantee employment or wages, the majority of our students go to work in the industry soon after graduating.

ARE YOU A BROADCAST CENTER GRAD?

Let us know! We love to keep up on what you’re doing and where you’re working now. If you need Career Service assistance, please call 314-647-8181 or email us at placement@broadcastcenterinfo.com

BCCT is Broadcast Center’s Corporate Training for individuals and groups in the private or corporate sector. Specialized training and programs are customized to meet the needs of individuals in positions of public relations, public speaking, telemarketing, receptionists, customer service reps, sales and more.

WHAT OUR GRADS ARE DOING.

Free parking for students and guests is available in the upper parking lot behind the Broadcast Center building or along northbound Hampton Avenue in the lane furthest to the right.